Important information! From August 1, 2021, the warehouse address in the US will change
Home / The Qwintry blog / Advice /

It's hard to surprise board fans, but we'll give it a try. We present five exciting board games in English to your attention. And they can all become part of your collection.

Qwintry customers know about many foreign novelties and unique things. One of our customers recently ordered the “Game of Thrones: Oathbreaker” board game. It turned out that the board game, based on the famous TV series (exactly like that), is not for sale in many countries. Although this kind of merch appeared back in the USA in 2019. We found other interesting games for adults and children that have never been published in other countries. We also added  to the list some games well-known not only in the USA, which are available in English in America. 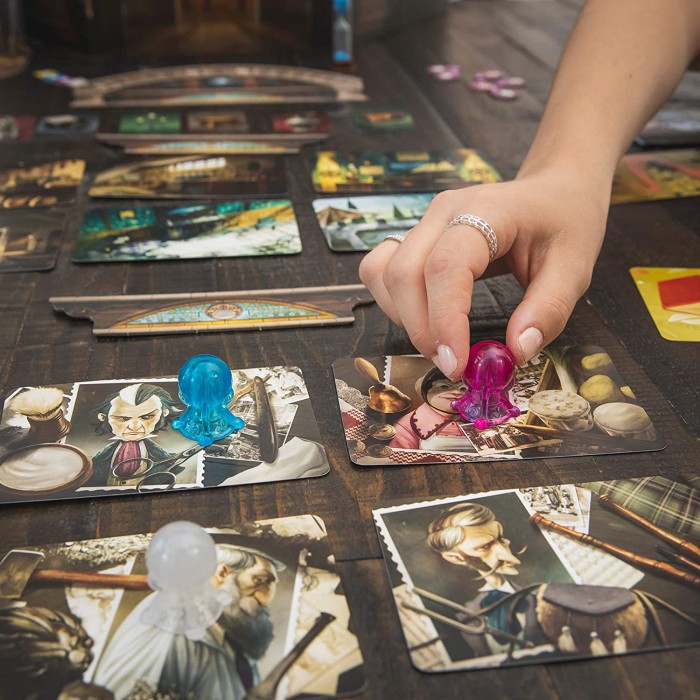 To order any board game you like in American stores, you just need to join Qwintry. You will receive a personal address in Delaware, which you will use for your orders from American stores. You also have an address in Berlin to place orders from any stores in the European Union. When purchases arrive at the warehouse, they appear in your account, then you will be able to arrange reliable delivery of your purchases to your home address. 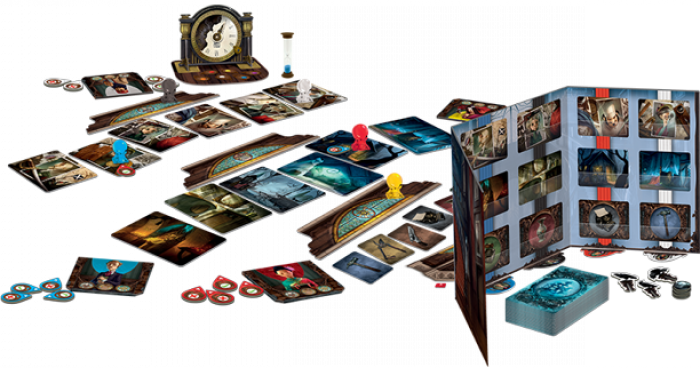 The Mysterium board game will appeal to those who like solving puzzles and developing intuition. A significant advantage of this game is the ability to show team spirit. Unlike many board games, the Mysterium team wins or loses together.

The rules are quite simple: there is a presenter. In the game, this is a ghost, unable to communicate with people (other players). But he has the gift of creating visions. The players - mediums who have come from different countries, from China to Scotland - gather in 1922 in a Scottish castle to unravel the mystery of the murder that took place here. Together, mediums try to understand from the signs that the ghost leaves behind, what really happened in the castle, and who is to blame for what happened. 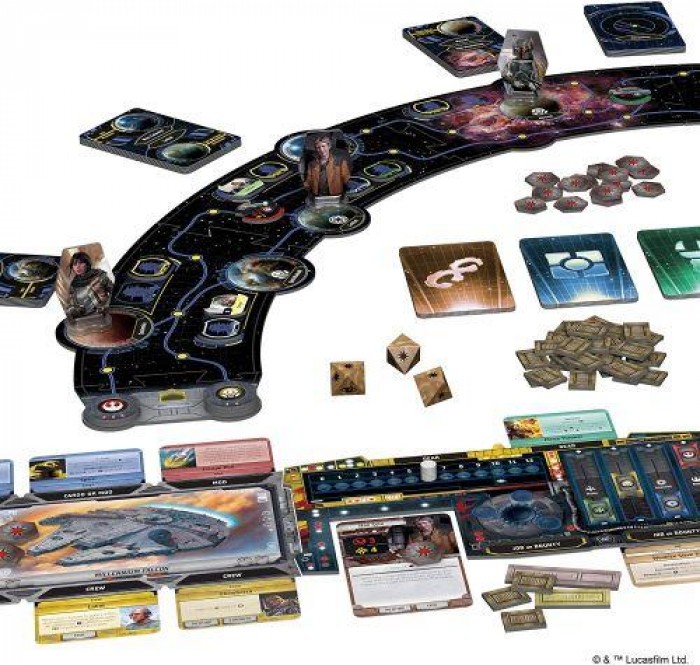 The classic board with dice and cards will appeal not only to Star Wars fans. The rules are generally familiar from similar games. Each player must form his own team, replenish resources and engage in battles with competitors (other participants). When we were preparing the article, the discount price on Amazon was $40. At the same time, in many countries the price may be higher. The financial benefit is clear. 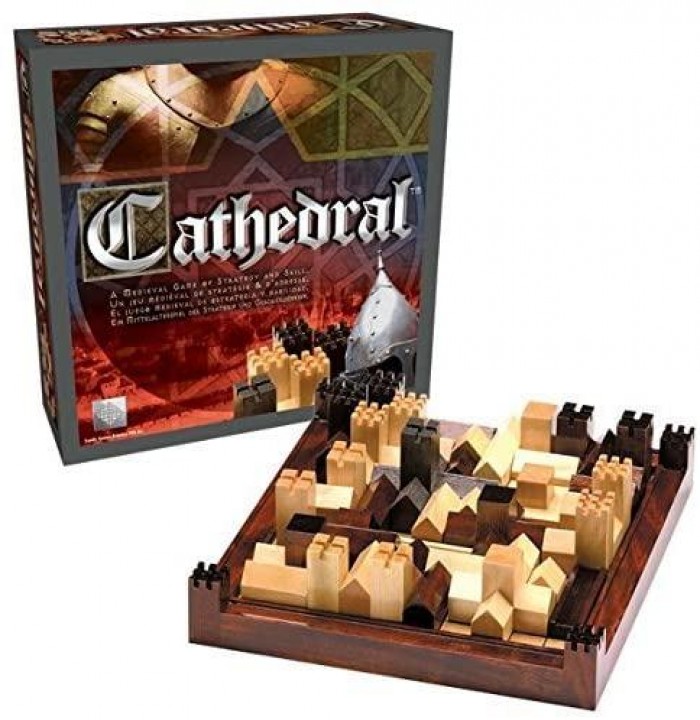 If you liked dots as a kid, or you are a go fan, you can try your talent and try your luck at Cathedral. An unusual and unfamiliar board game in many countries is designed for two players. At the beginning of the game, everyone has a set of buildings. On the first move, everyone sets up their own cathedral - hence the name of the game, Cathedral. Then the players alternately place black and white buildings. The winner is the player who is the first to have no free buildings. If the buildings remain with both participants, the winner is awarded to the one with the fewest buildings. 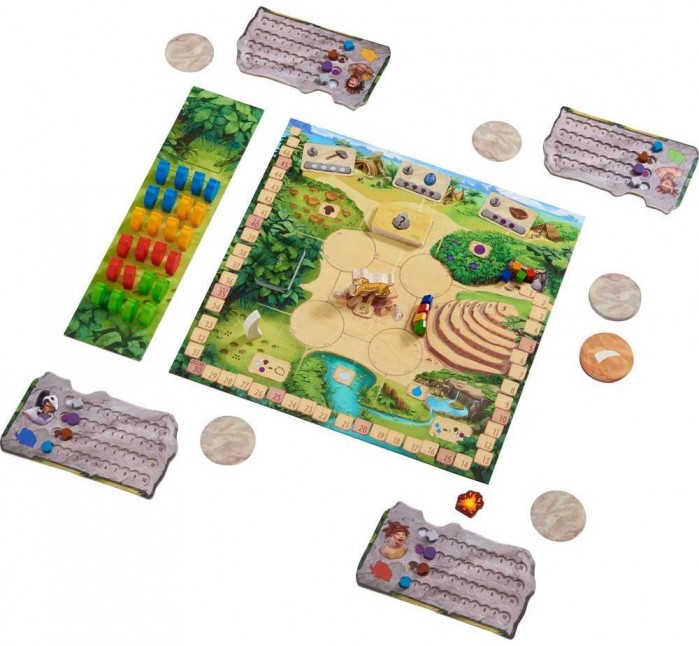 HONGA's economic strategy is for the whole family. The rules state that the age of the players is from 8 years old, but we are sure that younger children will be able to figure out the rules very quickly. The HONGA principle resembles other economic strategies each participant needs to collect the maximum amount of resources and move along the map. The winner is the one who, having collected the maximum resources, becomes the leader of the tribe.

“Game of Thrones: Oathbreaker” Board Game 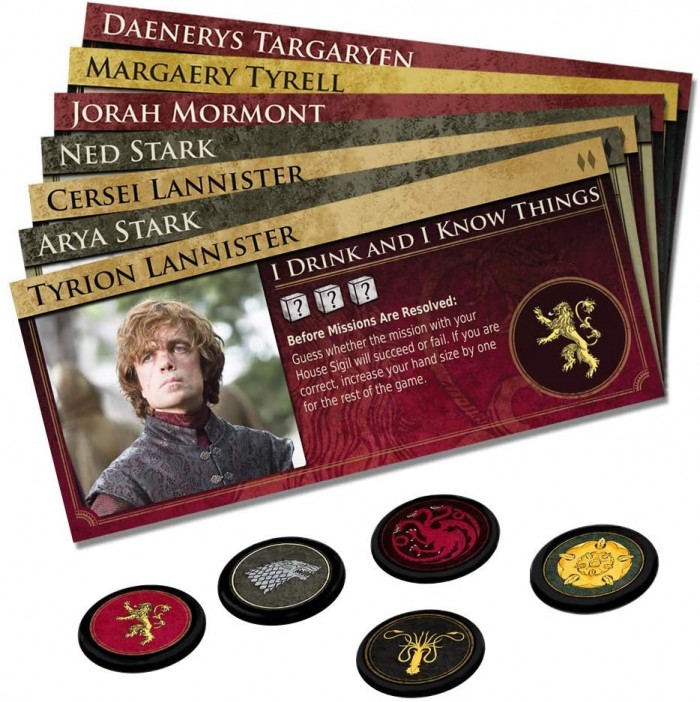 The board game based on the series "Game of Thrones" will appeal not only to fans of the fantasy universe. Game of Thrones: Oathbreaker allows you to immerse yourself in a psychological struggle filled with secrets, betrayal and the desire to help others.

Emotional entertainment (or shake-up) is intended for a large company. The rules state that 5 to 8 people can play. The best option would be 6 or 7 participants. Each participant represents one of 12 characters from the universe of the series. Initially, one of the players becomes the king or queen.

At each stage of the game, the king issues instructions, and noble or, conversely, vile aristocrats do as they please. Some provide secret support, others weave secret intrigues. After several stages of the game, the king needs to determine who is his ally and who is his secret enemy. If the king identifies loyal companions correctly, order is established in Westeros. Otherwise, chaos wins, and the internecine struggle continues.

You can buy board games in the USA for various reasons. For some, the most important thing will be the opportunity to purchase a publication in English. Others will appreciate a wide range of unique merchandise, as is the case with Star Wars and Game of Thrones. Someone will appreciate that there are many interesting games for the youngest participants. In any case, Qwintry will help you deliver board games from the USA to your country. Sign up on our site, get a free address in Delaware and order the items you need in American stores.

✔️What online stores can I shop at?

You can buy goods in any US online stores: multi and mono brand stores, small private ones and supermarkets.

✔️What products cannot be shipped from the USA?

If you are unsure whether certain goods can be shipped, we advise you to contact our customer support helpdesk and clarify this information.

✔️I do not want to fill out the declaration. Can you do it for me?

You can use the special requests service to fill out the declaration: create it for the incoming parcel, attach the purchase invoice, and Qwintry’s specialists will prepare a declaration for you.

Want to buy in foreign stores? What is special request and how to use it? Returns: how to return the parcel to the seller The purpose and different types of packaging 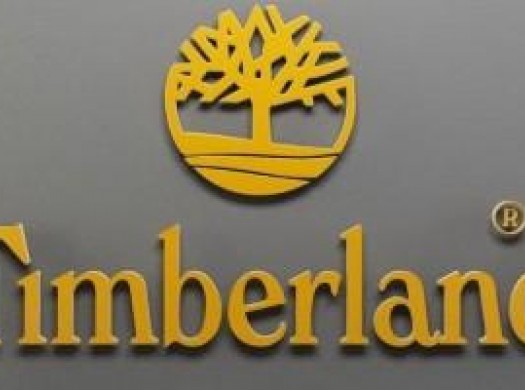 6pm — how to buy in the USA: guidance and secrets for buying at 6pm 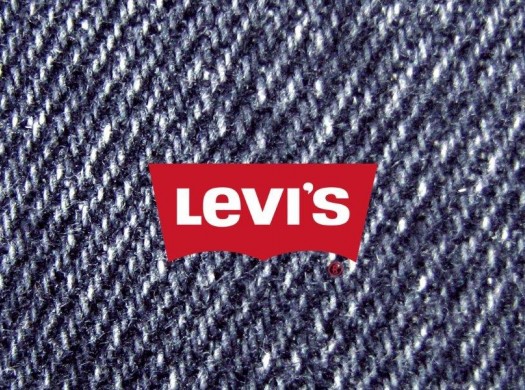 Levi’s – how to buy clothes delivered from the USA Janie and Jack — a store for little fashion-mongers 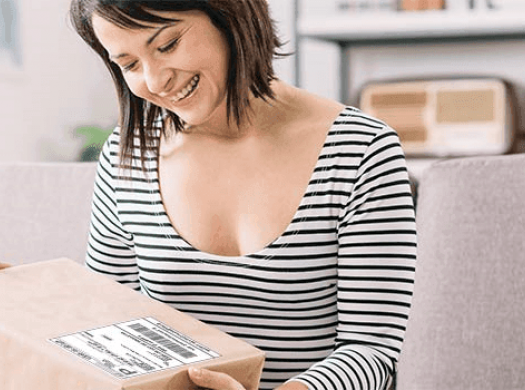 How to ship packages around the USA when you are not in the United States?